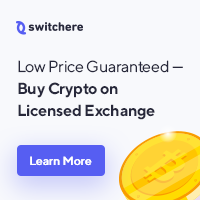 BitBay was created in 2014 in Katowice. Our goal was to create a platform that was not available on the Polish market - a professional and intuitive trading platform for buying and selling Bitcoins and Litecoins. BitBay CEO - - Sylwester Suszek, who has a lot of experience in the finance world, has been running the business since the beginning. He previously co-created two large companies from the financial sector, and later, along with his partners, built a strong Bitcoin exchange.

The second version of our platform was launched in 2015. The exchange system was improved in order to be more user-friendly, and the first professional trading tools emerged. We have added new cryptocurrencies such as Etherum or Lisk. At that time, our team expanded from 14 to 31 employees. At the same time, we were planning our international expansion and opened a second office in Amsterdam.

At the beginning of 2016, we started to work on the BitBay 3.0 version of the platform. Our team extended to 70 people at that time. In the meantime, new products such as BitcoinCantor and bitcoin payments appeared.

The premiere took place at the end of September 2017.

We actively popularize cryptocurrencies all over the world.