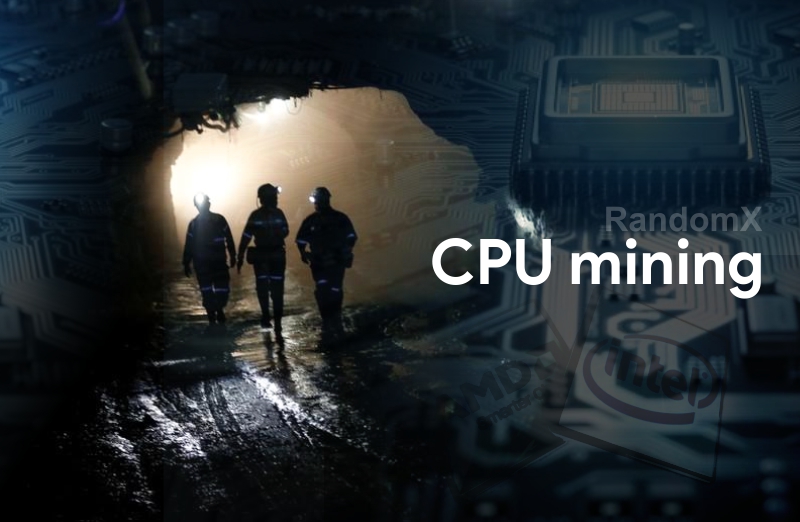 It looks like the most of cryptocurrency is leaving behind CPU mining, but now with the new mining algos, some Cryptonote cryptocurrencies are returning CPU mining as a priority mining method.

In this article, we especially want to highlight the RandomX mining algorithm and its variants. We will cover cryptocurrencies that use this algorithm for mining (in another article we will talk about other CPU mining algorithms).

RandomX is designed to be CPU-centric. The goal of RandomX is to decentralize mining as much as possible. CPUs are the most distributed computing resource in the world, because today everyone has a CPU, in a computer or smartphone.

The Quantum Resistant Ledger forked to RandomX a few days ago (block #942375). Based upon the understanding that popular existing cryptographic signature schemes (such as ECDSA) in the cryptocurrency space are vulnerable to a sufficiently powerful quantum computer running Shor’s algorithm, QRL is addressing what will be a singular threat to the security of cryptocurrency going forward – the inevitability of quantum computing.

Loki is a privacy network which will allow users to transact and communicate privately over the internet, providing a suite of tools to help maintain the maximum amount of anonymity possible while browsing, transacting and communication online.

Monero is probably the most famous cryptonote coin and one of the first CryptoNote coins (launched in April 2014).  Monero development is community-driven, based on donations and with a focus on decentralization and scalability.

Wownero is a CPU-mineable memecoin. It is a software fork of Monero with a lite version of RandomX (1MB scratchpad), a ring size of 22, and a faster difficulty adjustment.

ArQmA is a decentralized public project of block chains, crypto currencies, and is fully open source. The team of programmers consists of enthusiasts who have been dealing with cryptovaults and programming for a long time.

Safex Cash describes itself as a mineable proof-of-work coin that is used as a medium of exchange in the marketplace. It has an emission curve that follows the rate of adoption of new technologies.

Italo Network is a NO ICO, no premine, low supply and emission privacy-centric currency network.

A potential source of income could come from brand-new coins in their initial stages, before more powerful machines are pointed at the network.

Note: Please keep in mind that these top pick coins not be considered investment advice. Don't expect to make a fortune mining any coin with your PC!